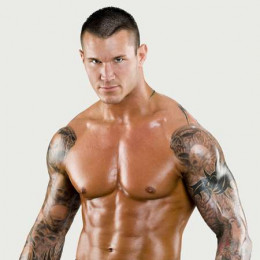 An American professional wrestler and actor who is better known as the youngest person to hold the WWE Heavyweight Champion at the age of 24. He is son to Bob Orton, Jr. and Elaine. He attended Hazelwood Central High School. Actually his parents were not happy of his decisions to be wrestler. After graduating in 1998, he joined United States Marine Corps but was discharged for disobeying an order from a commanding officer. He joined WWE in 2001. He is also two time winner of OVW Hardcore Championship. He was given the title of moniker which means "The Legend Killer" for disrespecting and then physically attacking wrestling veterans. He has also appeared in the NBC game show Deal or No Deal. He is the proud winner of 2009 Royal Rumble match.

Talking about his personal life, he was married twice. After dating for four years he married his longtime girlfriend. But after five years due to some personal reasons, they got divorced. He is father of one daughter form that marriage. After two years of divorce, he announced engagement with his new girlfriend and got married with her too. He has no children from his second marriage.

She is his first wife. She is very gorgeous lady. their marriage lasted only for five years only.She is mother of one child.

After engaged in July 2015 they got married four months later. They seems to be happy with their decision.

She is very gorgeous girl. She is the only daughter of him from his first marriage.