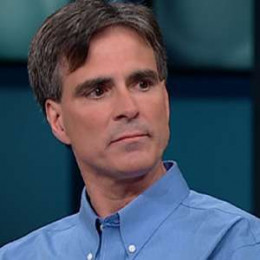 Randy Pausch was an American computer science professor and the author of the NYT best-selling book, The Last Lecture. Pausch was born in Baltimore, Maryland and raised in Columbia (Maryland).

The prominent college professor and Scientist Randy Pausch was married to Jai Glasgow whom he met at a conference. Pausch was immediately struck by the woman who would later become his future wife. Indeed, Randy even asked her out on a date. But, Jai initially had no interest in him. 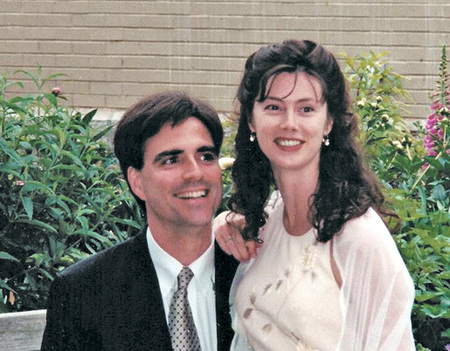 The professor, however, succeded to hear a 'Yes' from Jai and later invited her to the event he was attending the next day. Romance blossomed and in May 2000, Randy and Jai wed in a simple wedding under a 100-year-old oak tree, surrounded by close friends and family members.

Jai proved herself as a true wife who supported Randy until his last breath when he was on his deathbed. Together, Randy and Jai shared three children including Dylan Pausch, Logan Pausch and Chloe Pausch.

In addition, Jai was a divorced woman before she met Randy and was married to his college friend that broke her faith in marriage and finding love again. And, after Randy's death in 2008, Jai married again for the third time with Rich Essenmacher. 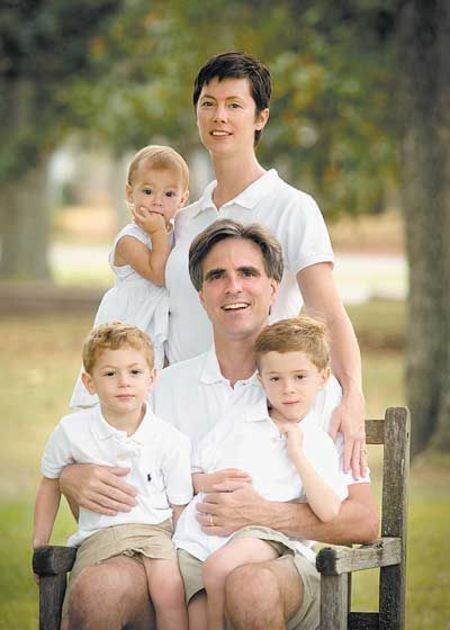 Randy Pausch pictured along with his wife and their three children. SOURCE: The Virginian-Pilot

Rich is a retired naval officer that Jai met online. And, according to Jai, it was hard for her to leave Randy but she finally accepted moving on of what she felt like she would never find love again after Pausch's death. Jai married Rich in 2012.

The world of Randy Pausch and his family was crushed down when the college professor had to learn he was diagnosed with pancreatic cancer that had advanced to the level that it was not possible to be cured.

Pausch died from the illness at 47 in 2008 at his home in Chesapeake, Va where he moved to be closer with the family of his in-laws after learning of his condition. The father of three died on 25th July.

Before his death to tackle down his cancer disease, Pausch underwent a Whipple procedure which was unsuccessful, unfortunately. Not to mention, Randy was informed by his doctor that he had 2-3 months to live. The brave cancer fighter, however, outlived five months.

On the other hand, Randy's children have been actively advocating to create awareness of the pancreatic illness. Not to mention, his son Dylan actively raised awareness at Capitol Hill.

Likewise, Pausch was the founder of the Alice software project and received National Science Foundation Presidential Young Investigator Award. On September 18, 2007, before his death, Pausch did his last lecture which was called "Really Achieving Your Childhood Dreams" at Carnegie Mellon University.

Jai is the widow of Randy Pausch. After Randy died in 2008, she wrote a novel in memory of him. She remarried to Rich Essenmacher in 2012.

Dylan is a young kid who is active in the awareness programs related to pancreatic cancer. There is not much information about him.

Logan is a cute looking kid with blonde hair. He was 4 years old when Randy passed away.

Chloe is an adorable kid with blonde hair. There is not much information about her except some pictures.