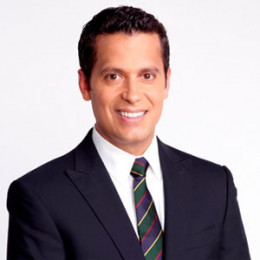 American meteorologist and weather producer, Raphael Miranda gained a geosciences/meteorology degree from Mississippi State University. He won the 2011 Emmy Award for Weather coverage of Hurricane Irene. Raphael is a member of organizations of many organization including the American Meteorological Society, the National Lesbian and Gay Journalists Association and the National Association of Hispanic Journalists. He currently worked as a weather producer at WNBC television.

Two times Emmy winner ‘Raphael Miranda’ was born on April 26, 1977, in the United States. He is known as the meteorologist and producer at ‘NBC’ who belongs to the white ethnicity and holds American nationality.

Raphael Miranda graduated in ‘Bachelor of Arts’ in Spanish from ‘New York University’ as well as he has a bachelor degree in Science from ‘Brooklyn College’. Additionally, he joined ‘Mississippi State University’ to earn his geosciences/meteorology degree.

In 2007 Raphael Miranda started his career as a weather intern at ‘WNBC’. He has appeared on national and local networks including MSNBC, CNBC World, News 12 Westchester and now-defunct NBC Weather Plus.

Similarly, he worked as an occasional meteorologist for ‘Early Today’ until Weather Plus goes off the air in December 2008. In 2009 he worked as a weatherman for ‘Weekend Today’ as well as from 2014 he started hosting the MegaPhone Interactive Trivia.

Miranda has served as a weatherman for Weekend Today in New York program, a primary fill-in meteorologist for the weekday newscasts and also worked as the host of the Megaphone Interactive Trivia of Saturday Today in New York.

Raphael Miranda is two times Emmy winner and won his first ‘Emmy Award for Weather’ in 2011 for coverage of Hurricane Irene.

Raphael Miranda is an openly gay who is married to Doug Simpson. The couple lives in New Jersy and is parents to a child. On November 16, 2016, Miranda announced through his twitter account that he and his husband will soon be fathers. "Our longtime friend Sarah (and now co-parent) is pregnant with our first child!" Miranda wrote alongside a photo of the three proud parents-to-be.

Raphael Miranda is doing amazingly great in his career and he might have the good amount of net worth. He is quite popular on social media too.