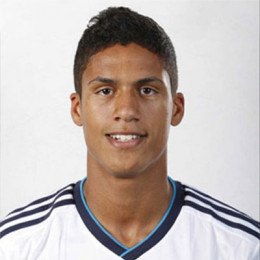 Raphaël Varane is a professional French football player who plays for Real Madrid FC and the national football team of France, as a central defender. He is well known for his versatility and defensive role in the pitch. He took his football training lessons from club AS Hellemmes at the age of seven. His father is from Le Morne-Rouge, while his mother is French raised in Saint-Amand-les-Eaux.

He is currently in relation with a beautiful French girl who is a law student. They knew each other from their childhood time. They both attended the same school when they were kids and has maintained their relationship perfectly. They kept their relationship private for a long time but after spotting them together often in various programs, they finally revealed their relationship status. He has been rumored for his football transfers lately.