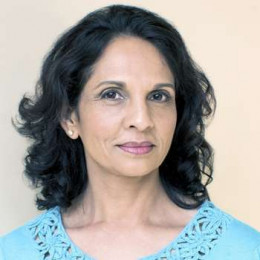 Rashmi Rustagi is an Indian American actress, food blogger and producer. She started her career acting for radio and stage at a small age of nine. She grew and raised in Lucknow, India. She also writes cook book and her recipes and videos based on that are popular. She is mainly popular for the role of Shanta Mahesh Dattani’s 30 Days in September. She also appeared in the movie The Avengers.

Her current relationship status is married. She went to America suddenly after marrying her husband. She have four children with her husband. Rashmi raised in India has no any rumours of her life or dating with anyone else. She is a successful women and has achieved a lot in her life. She has kept her personal away from the media and don’t want to reveal personal in public. She is also activist and founder of several charity programs.