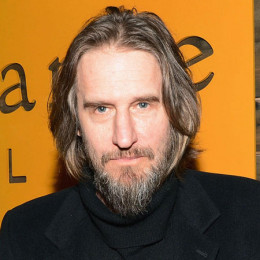 An American actor, screenwriter, film director and producer who is better recognized for his recurring roles as Linc Potter on the television series Sons of Anarchy which is broadcasted on FX. He holds a degree in Theater from Valdosta State University. He is also known for his work in 2001 short movie for The Accountant which was produced by Ginny Mule Pictures. He is also known for his role in the HBO series Deadwood where he is seen in the role of Reverend Smith. He wrote, acted, produced and directed 2004 film Chrystal.

Talking about his personal life, he was a married man. He was tied in knot with an actress and producer by profession, whom he met while he was working in Live Action Short Film in 2001 for The Accountant. The love birds got separated after his wife died in 2010. He loved her very much and it is real tragedy as he has to lose her. After her death, he has not seen or dated anyone so far.

She was a television actress and an Oscar-winning producer. She was very gorgeous. They had no children. She died in October 27, 2010.