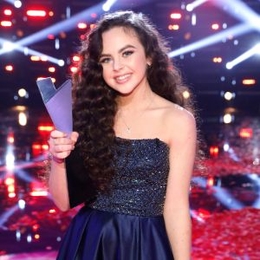 Reagan Strange is a rising American singer who became an overnight sensation after performing onstage and scoring a position on Team Adam in America's most-watched reality show The Voice.

Reagan Strange, 16, is too young to involve in any kind of love affair to have a boyfriend. She is an ambitious girl who is knitting a dream of building her musical career. 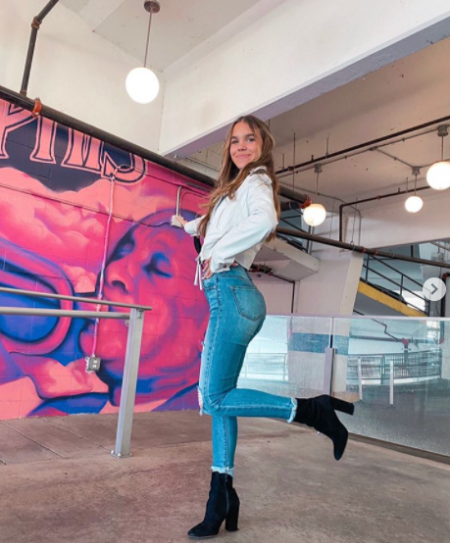 This charming faced lady is quite popular on social media platforms such as Twitter and Instagram with 18.4k and 54.6k followers respectively. Reagan has not left a single hint regarding her love interest on socials.

To be precise, the green-eyed would definitely choose a life partner who is either from a sports or music background assuming her interests for baseball and music.

The 16-year-old earned name and fame after she took part in season 15 of the American talent show The Voice at age 14. Most notably, she is counted as the first artist to have topped the semifinal without performing in the Instant Save Round.

Strange made regular appearances on the game show "Are You Smarter Than a 5th Grader" with Jeff Foxworthy in 2015. That was the moment when she decided to make a career out of singing, dancing, and acting.

In 2018, Reagan entered season 15 of The Voice at age 14. In her blind audition, she sang Meant to Be by Bebe Rexha. She was lucky enough to have Adam Levine and Blake Shelton turned their chairs, and then Strange chose to be part of Team Adam.

Reagan performed "Cry" by Faith Hill, however, the following day, she became ill to stand on stage with her competitors during the top 10 results show. Strange stayed backstage but was shown on camera a few times wearing a bathrobe and sitting aside her parents.

By the end, the blonde beauty made it to the semifinal round and ended up in the middle three, giving her one more chance to perform in an Instant Save in a way to make it to the finale. Sadly, she was eliminated after singing "Wherever You Will Go" by The Calling in the Instant Save.

Reagan finds a time for volunteer work in her community as well as helping out with church activities. She spreads smiles with a monthly performance at the Le Bonheur Children's Hospital.

Reagan Strange was raised in Germantown, Tennessee to parents Steve Strange and Amanda Kucinski. Regardless of being a Tennessee country girl birth, she spent young days in Northwest Mississippi. Reagan lives blissfully in her family home with siblings Kendal, Brock, and Brady.

Speaking of a prodigy, she began singing at age of 2, and by 8 she took vocal lessons. Even though singing is her first choice, Reagan never lagged behind to showcase her hidden talents.  Other than that, as a regular teenager, she does activities like going to church, fashion, dancing as well as cooking.

The Voice star is a huge sports fan; she frequently sang the National Anthem Singer for the Memphis Redbirds, Desoto River Kings, and Memphis Grizzlies.