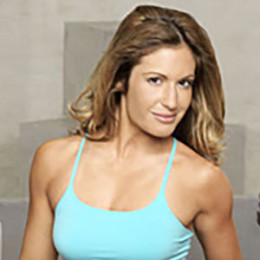 A film and television actress as well as a personal trainer, and product spokesperson, Rebecca Cardon attended George Mason University. She gained a degree in broadcast journalism and a minor in theater. Cardon portrayed Christie, a hitchhiker, in the 2009 feature film 'Desert Fox', nominated for Best Narrative Feature at the 2009 Los Angeles Reel Film Festival. In 2010, she was named Woman of the Week by a sports bra manufacturer.

Rebecca Cardon has been in relationships with Jackie Warner, a fitness trainer best known for her participation in 'Work Out', a Bravo TV reality show in 2006 and broke up in 2007. She the dated Adam Malis; the couple participated in the sixth season of 'The Amazing Race' and finished third. After participating, the two broke up and went in separate directions. Cardon appeared on many reality-TV shows and in 2013 she published entitled the book 'Breakups Blow! A Guided Workbook to Help You Break Free'.