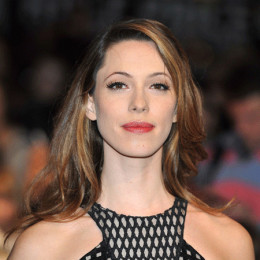 A British-American actress who is widely known for starring in the Oscar-nominated film, The Town. She is daughter to Peter Hall, founder of Royal Shakespeare Company and Maria Ewing, an American opera singer. When she was still young her parents got divorced. She attended St Catharine's College, Cambridge where she studied English Literature. She also formed a theater company while she was attending college. She debuted in big screen when she was just 10 years old in Mary Wesley's The Camomile Lawn. She has starred in blockbuster movies like The Prestige, Frost/Nixon, and Iron Man 3 which further helped to boost her career. She holds dual citizenship of United States and the UK.

Talking about her relationship status, She was married to her longtime boyfriend who professionally is a film screenwriter. After 8 years of their marriage their relationship didn't work out for them and they got divorced. She has no children from any of her relationships. After her divorce she dated couple of celebrities. Currently she is in relationship with her new boyfriend. She has not disclosed detail information regarding her current boyfriend.

They became close after she acted in one of movie his movies. After 8 years long marriage relationship they got divorce due to irreconcilable difference.