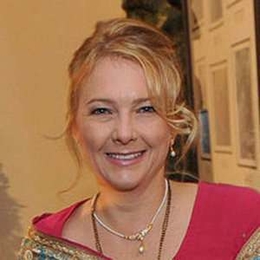 Rebecca Olson Gupta is a family attorney who is based in Atlanta, Georgia. She is a veteran lawyer with nearly two-decade of experience. She is however, better known in public as the wife of Dr. Sanjay Gupta, CNN's Chief Medical Correspondent.

Rebecca Olson Gupta, after accepting a romantic proposal, which included a long poem, from her then-boyfriend now-husband Dr. Sanjay Gupta, the Michigan native, started planning for her grand wedding.

Rebecca and her then-fiance, Sanjay Gupta, settled on a Hindu wedding as Gupta's parents Subash and Damyanti Gupta are immigrants from India and always wanted a Hindu Wedding. For the wedding venue, the lovebirds selected The Shell House at Ashley Hall in Charleston, South Carolina. 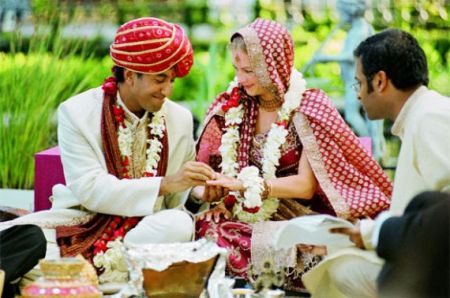 For the big day, i.e., May 15, 2004, the bride and groom choose traditional Indian clothes. Dr. Gupta wore a cream-colored sherwani and a red-colored pagadi. Meanwhile, Rebecca looked gorgeous on a red lehenga set with a matching dupatta.

After numerous wedding rituals, a reception was held where the newlyweds participated in a traditional bhangra dance.

Rebecca and her husband started a family soon after their wedding. Their first daughter Sage Ayla Gupta was born in 2005 just a year after their nuptials. 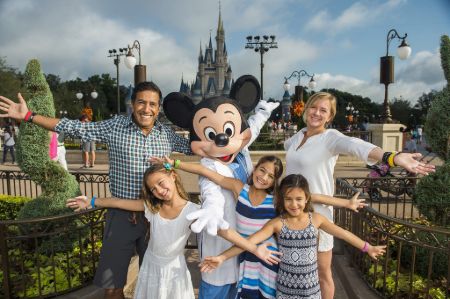 Rebecca Olson Gupta with her husband and kids at Disney World. SOURCE: Zimbio

Rebecca is not available on any social media, including Instagram; however, her husband is available on various social media sites, but he always refrains sharing pictures of his children. Nonetheless, paparazzi has captured the family of five many times in public.

Rebecca Olson Gupta and Her Husband Has Impressive Net Worth

Rebecca Olson Gupta is a family attorney based in Atlanta, Georgia. She was admitted into the Georgia Bar Association in 2001 and is practicing since. From her nearly two-decade-long career, she is able to accumulate a total net worth of $2 million. 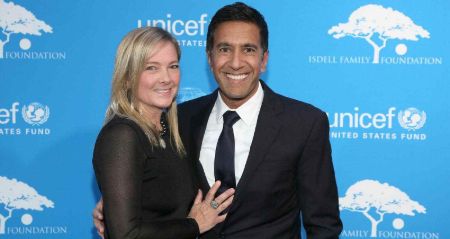 The 51-year-old's spouse Sanjay, is a neurosurgeon, medical reporter, actor, and writer. He is best-known by public as the Chief Medical Correspondent for CNN. As of 2020, his net worth is estimated to be $8 million.

Dr. Sanjay Gupta and Rebecca Olson Gupta are married for fifteen yeas. Together they have three kids.

Sage Ayla Gupta is the eldest of three daughters of Rebecca Olson Gupta and Sanjay Gupta.

Sky Anjahi Gupta is the second daughter of Rebecca Olson Gupta and her husband. She has a elder sister and a younger sister.

Soleil Asha Gupta is the youngest child of Rebecca Olson Gupta. She has two elder sisters.