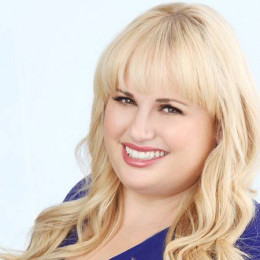 An Australian stand-up comedian, actress, writer who is widely known for her role as Kristen Wiig's roommate in Bridesmaids. Her mother works as a professional dog handler. She attended Tara Anglican School for Girls. She graduated from Australian Theater for Young People in 2003. She has three siblings. She also attended University of New South Wales, where she earned degree in Law and Art. She is also distant relative of Walt Disney. Beside acting, she was also former Youth Ambassador for Australia. She starred in Fat Amy in Pitch Perfect along with Anna Kendrick for which she was awarded with MTV Movie Award for Best Breakthrough Performance.

Talking about her personal life, she has not married yet. We don't know if she is single because she has not disclosed any information regarding her relationship with anyone. Maybe she doesn't want her personal life to be flashed in media. She has been spotted with a guy couple of times and they seem to be more than just friends. Though she has not officially confirmed it. It looks like currently she want to focus on her career.