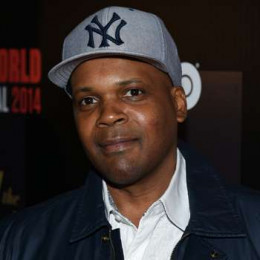 Reggie Rock Bythewood is an American film director, writer, actor and producer, best known for his work on Beyond The Lights, Gun Hill and One Night In Vegas. He made his feature film directorial debut on "Dancing in September". Besides, he was chairman of B-Dads, a father's group who fed homeless families and raised money for children with the sickle cell disease. He earned his BFA in theater from Marymount Manhattan College.

Talking about his personal life, he is a married man. He has been enjoying his marital relation with his beloved wife since 1998 and together the couple has raised two sons. Currently, the family resides in southern California. As the two have a great mutual understanding with one another, there is a rare chance of their divorce to happen. There is no record of his past relationship history.

She is the one and only beloved wife of Reggie, whom he first met while they were staff writers on the series, "Different World, A" (1987).

He is the first son of Reggie, who was born safe and sound.

Cassius is the second son of Reggie, who is very talented and well mannered.