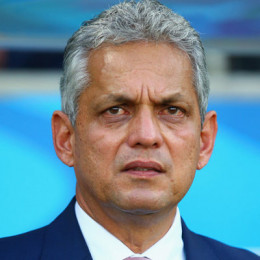 Reinaldo Rueda is a Colombian football manager who was naturalized as a Honduran citizen in 2011. His fame rose up when Colombian U-20 team ended up in 3rd position in the 2003 FIFA World Youth Championship.

Reinaldo Rueda Rivera most known as Reinaldo Rueda was born on April 16, 1957, in Cali, Columbia. He attended the University of Cologne, Germany earning a degree in Physical Education.

Rueda had a keen interest in football from the very young age, and hence he later enrolled at FIFA and UEFA updating courses in Europe. During college, he participated in college football competitions. He then became a University professor and taught many courses in the Colombian Nation Coaches School.

Reinaldo became a footballer before being a soccer coach. He played in amateur for several clubs. In the beginning, Rueda coached teams in his own country like Independiente, Medellin and Deportivo Cali and Cortulua. Apart from that, he was also in charge of U-17, U-20, U-21, U-23 and senior teams.

Rueda guided the team Colombian U-21 to the final qualifying round of the Toulon Tournament winning the Championship against Portugal held in France in 2000-2001. He got the Columbian U-20 to the FIFA U-20 World Cup in the tournament held in Uruguay.

In 2007 he took control of the Honduran national side and gained a huge success when the team qualified for the 2010 FIFA World Cup.

Reinaldo was in charge of Ecuador national team in the year 2010. He coached the team for four long years and then stepped down as Ecuador coach.

Afterward, Rueda joined Atletico Nacional in the year 2015 and led the club to win the Colombian Championship, the Copa Colombia, and Copa Libertadores. He coached the team till June 2017 winning the club some national and South American honors.

The 60-year-old Reinaldo is a married man, but the information regarding his wife is still behind the curtains.

Rueda is one of the soccer’s highest-paid coaches. His salary is 100 times more than that of any average person in Ecuador. He earns a lucrative amount of $566,480 and certainly must have a huge net worth.