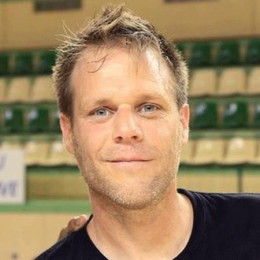 A French prankster who uploads videos on YouTube who is also top 20 subscribed-to comedians on YouTube. He has more than 4 million subscribers and 2.1 billion total view. He has one sibling and together they were raised in Montpellier, France. After he lose his job as a shoe salesman, he started his new hobby to create prank videos which turned out to be fruitful to him. In his prank videos, he is mostly seen dressed like animals and Super Mario.

Exploring his personal life, he has not married yet and talking about his relationship he has been seen kissing random girls so it's very hard to assume who is his girlfriend and he has not officially disclosed any information regarding his girlfriend. It seems like he don't want to flash his private life in media. He is regular user of Facebook and twitter. His fan can follow him in his official Facebook page and twitter account to be more updated about him.