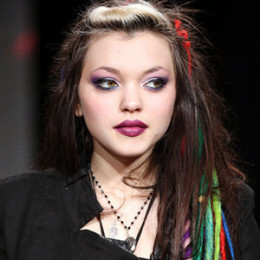 Rena Lovelis is an American singer and musical artist. She is well known for her work with Los Angeles-based girl group, "Cherri Bomb". She is a bassist as well as a vocalist. Rena joined the band when she was a pre-teen. She had recorded her debut album with the group. Before turning famous, Rena had also worked with Hollywood records. Her mother is an actress as well as a musician.

Rina Lovelis grew up with her sister Nia Lovelis. She was only fourteen when the Billboard-ranked album "This is the End of Control" was released. Rina has been working with the musical group "Hey Violet" since 2008. She is very famous on social media as well with over 240,000 Instagram followers and 15,000 plus Twitter followers. Rina has not disclosed any information about her personal life and relationships.