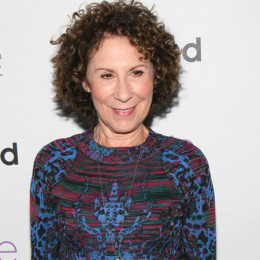 Rhea Jo Perlman is an actress, best known for portraying in the sitcom Cheers, as Carla Tortelli for which she won four Emmy Award, in 1984, 1985, 1986 and 1989. Playing a small role in the film Hot Dogs for Gauguin, she began her acting career in 1972. She is a graduate of Hunter College in New York. She is the daughter of Philip, an actor and a doll and toy-part salesman and Adele Perlman.

Her personal life is sweet and simple. She is married to an actor, whom she first met while attending her friend's single performance of the play "The Shrinking Bride". She has been enjoying her marital relation since 1982 and till now the couple has the same chemistry and bonding with each other. They have raised threee children from their marriage. The family resides in Beverly Hills, California.

He is the first and current husband of Perlman, who by profession is an actor, director and producer.

She is the first child of Rhea, who is an actress by profession.

She is the second daughter of Rhea, who was born safe and healthy.

He is the only son born to Rhea, who was born healthy.