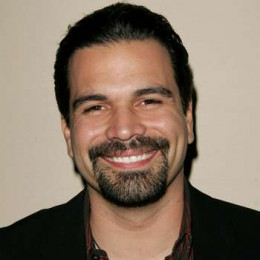 Ricardo Antonio Chavira is an actor, best known for playing the role of Carlos Solis in the ABC comedy-drama series, Desperate Housewives from 2004 to 2012. He earned his Master of Fine Arts in Acting in 2000 from the University of California, San Diego's Professional Actor Training Program. He was born to Elizabeth Ries Chavira and Juan Antonio Chavira, a Bexar County judge and is of Mexican, German and Irish descent.

Moving on to his personal life, he is a happily married man. Till now he has been married only once and with his beloved wife he has raised a son and a daughter. He dated his wife for more than 15 years and then decided to marry her in 2007. The two are often spotted at various events and programs and it seems like the two have a great bonding with one another so there is no point on talking about their divorce.

She is the long time dated girlfriend turned wife of Richardo. The two are staying together as husband and wife since 2007.

He is the eldest child and only son born to Ricardo and his wife.