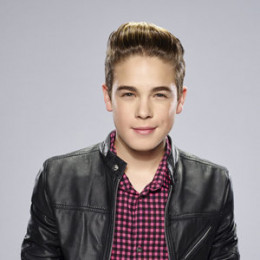 A TV actor, as well as Nickelodeon personality, booked his first major role as Freddy on the television spin-off of the Richard Linklater film called School of Rock, Ricardo Hurtado is currently single. He is a son of Ofelia Ramirez. He and an actress Jade Pettyjohn has landed starring roles in School of Rock. His popular movies School of Rock (2016), Ultimate Halloween Haunted House (2016) and Piper's Picks TV (2008).

Hurtado also featured in Nickelodeon’s Ultimate Halloween Haunted House. Although he is yet to go professional, he uploads beautiful covers of different songs on YouTube.

Ricardo Hurtado has kept his personal life secret, there is no information about his affairs on social sites. He is supposedly not yet married nor does he have a girlfriend. He has booked School of Rock in the same week when he has sent out for his first auditions. Ricardo callbacks with the help of an actor, models, and talent for Christ. He has many fans on social sites. They helped him get set up with management.

Ricardo Hurtado has an estimated net worth of $500,000. His source of income includes his salary and earnings as a TV actor as well as a youtube career.