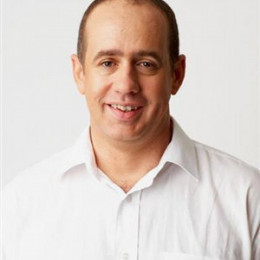 Richard Aedy is currently present the Australian Broadcasting Corporation's ABC Local Radio program Sunday Profile. He grew up in Sydney and Canberra. Richard Aedy attended the Auckland University of Technology. He started his journalism career in 1988 in New Zealand. Richard Aedy has worked as the reporter, producer, executive producer and presenter in three countries, including four years at the BBC in London.

As a journalist, Richard has covered crime, aviation, industrial affairs, science, health, technology, education, economics, epidemiology, indigenous issues, social change and the media. He has made award-winning documentaries in Colombia, East Timor, the United States and the UK. Richard is a former Reuters Foundation Fellow at Oxford, former presenter of The Buzz, Life Matters and The Media Report. Richard Aedy is married man and father of two children but has not disclosed their name in social pages and his bio.