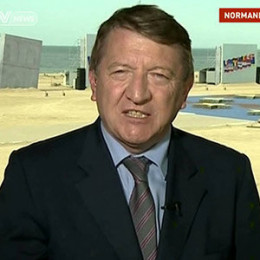 Richard Bestic is a CCTV Correspondent news anchor. He has worked for more than three decades broadcasting from around the world as the top level television reporter. He has covered some of the globally important events including the war in Iraq and Iran. Richard has also covered the earthquakes in Sumatra, and Pakistan. Taiwan. Presently, he is broadcasting news all around the world through CCTV.

Richard is known to have broadcasted live from halfway up Mount Everest on the 50th anniversary of the first ascent to the top. He has worked in every major city in the world as well as in some of the planet’s most remote areas during his years as an international correspondent for sky news, Aljazeera, and CCTV News. Richard has not publicly revealed anything about his relationships.