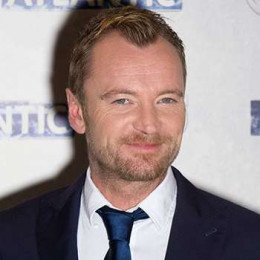 Richard Dormer is an actor from North Ireland who has risen to fame for appearing in Hurricane, Waiting for Godot and the hit television series Game of Thrones as Lord Beric Dondarrion. His role has managed to win critical acclaim and fame in the entertainment fraternity. He was born in Lisburn, Northern Island and is a graduated from the RADA School of acting.

Dormer is a married man. His wife is a director and is also involved in the acting fraternity. The couple resides together in Belfast. They do not seem to have had any children yet. The couple has been together since a long time and is not certainly moving towards any kind of marital problems between them that might actually lead to divorce.

Director Rachel O'Riordan is the wife of Richard since a long time. The couple resides together in Belfast.