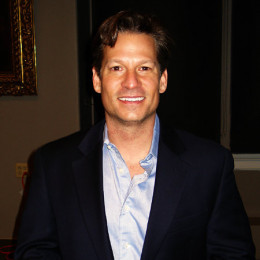 An American journalist and author who is current NBC News chief foreign correspondent. Before he was promoted to that position he was Middle East correspondent and Beirut Bureau chief. Before working for NBC News he used to be ABC News as a freelance journalist. He is a son to Peter Engel and Nina Engel. He attended Riverdale Country School. He has received Medill Medal for Courage in Journalism for his report "War Zone Diary" which makes him only one journalist to get that honor.

He was in headlines when he and his crew were held captive and were psychologically tortured in Syria but later they were freed physically unharmed. Exploring his personal life, he has disclosed very little information regarding his persona life. It looks like he is kind of person who enjoys his privacy. He is a married man, he tied a knot with Mary Forest. However, in past, he was in a marital relationship with his college girlfriend but the couple got divorced due to some private reasons. He has not disclosed her name yet. He has a child from his second marriage.

Renowned journalist Richard Engel was born on September 16, 1973, to Peter who is a former Goldman Sachs financier and Nina, who ran an antique store.

He was raised in Upper East Side of Manhattan along with his older brother. He holds an American nationality and belongs to the mixed ethnicity of Jewish and Swedish.

Engle joined the Riverland Country School which is also known as highly competitive college-prep school of New York. later he attends the Stanford University, where he occasionally wrote for the magazine of University named The Stanford Daily.

He completed his graduation in 1996 with a B.A. in International Relations from Stanford.

During his college days, he spent his one summer at CNN Business News as an unpaid intern. After completion his education, he moved to Cairo in search of big opportunities and learned Egyptian Arabic.

He worked as a freelance reporter in Cairo for four years.

Richard served as the  Middle East correspondent for 'The World' from 2001-2003.He also worked for USA Today, Reuters, AFP and Jane's Defence Weekly.

Later he worked for ABC News as a freelance journalist during the initial invasion of Iraq by U.S forces.

In April 2008, he chooses as Chief Foreign Correspondent of NBC and later he interviewed U.S. President Georg W. Bush. He covered Iraq war, Afghanistan war, and many notable wars which termed him one of the potential reporters.

Emmy Award winning journalist is a married man. He tied a knot with beautiful Mary Forest on May 29, 2015.

The duo dated for five years before exchanging a vow. As per source, Richard first met his now wife while making the guest appearance on the Martha Stewart's show.

The duo was blessed with an adorable son (born on 2015) but due to their secretive personality, they prefer to keep their child details behind the curtains.

Prior to marrying Marry, Richard was in a marital relationship with his college sweetheart. However, after being together for years couple split apart in 2005.

The 43 years old, Richard has an impressive net worth of around $4 million which he earned from his journalism career.

She is the college sweetheart of Richard. Both of them attend the Stanford University.

Mary is a beautiful and independent woman. she first met Richard at Martha Stewart's show. She is secretive about her personal life.

He was born on 2015 and he is the only son of Richard and Mary. However his name hasn't revealed yet.