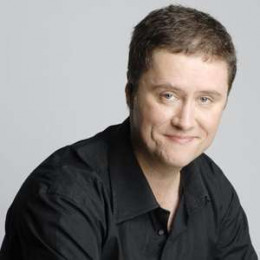 Richard Fidler, an Australian comedian, radio presenter, and television presenter, is currently married to Khym Lam. He is well known for his hour-long interview program, “Conversations with Richard Fidler”. Richard first entered as a member of the Doug Anthony All Stars, an Australian musical comedy group which disbanded in the year of 1994. Later, he began his broadcast career on television and he presented shows such as Race Around the Word, and Valture.

Richard Fidler was elected to the national committee of the Australian Republication Movement in 2001 and he resigned from the position in 2007. He got married to actress Khym Lam and the couple has been blessed with two children. But there is no information revealed about his children. Richard has never faced any rumors and controversy in his life.As of now, there are no signs of the couple's separation.

Richard Fidler got married to actress Khym Lam and the couple has been blessed with two children. But there is no information about the children.