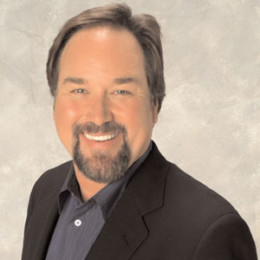 Richard Karn Wilson, better known as Richard Karn, is a famous American actor and a TV host. He rose to a fame after the appearance in an American sitcom, Home Improvement, created by Carmen Finestra, David McFadzean, and Matt Williams. He is a married to Tudi Roche, an American singer, and actress. They are blessed with a baby boy, Cooper Andrew Wilson.

Born on 17th February 1956, Richard Karn is a son of Louise Wilson and Gene Wilson. He grew up along with sibling sister Sue Wilson, in the city of Seattle, Washington, U.S.

He attended Roosevelt High School and got a degree in Professional actor’s training program from the University of Washington in 1979. During college days, he was a member of Beta Theta Pi, the North American social fraternity.

He has good experience of drama, which he gained from Edinburgh Festival, Scotland.

After completing a degree in drama, Richard moved to the New York City, where he landed an opportunity to do a commercial for Michelob beer. The beer was featured during the year 1980 Super Bowl. Then, he got a chance to join Screen Actors Guide.

During the Screen Actors Guide, he was informed that the name, Richard Wilson, was already in the name list so he dropped his last name and was called Richard Karn.

He made his acting debut from television sitcom, Home Improvement, which aired on ABC. The TV show has 8 seasons and has over 204 episodes starring Tim Allen Patricia Richardson, Earl Hindman, Zachery Ty Bryan, and Jonathan Taylor Thomas as leads.

Till now, he has played over ten TV shows including Detroiters and The Bold and The Beautiful in 2017.

Apart from TV shows, he has an appearance in movies as well, Picture Perfect, directed by Joseph L. Scanlan, being her debut in 1995.

He has played more than ten movies and was last seen in an American TV thriller movie A Daughter’s Nightmare, directed by Vic Sarin. His next flick movie is Horse Dance which will release in the year 2017.

Karn is married to Tudi Roche, an American actress, and singer. The husband and wife have been together for about 30 years. The couple co-starred in the American TV show, Home Improvement.

Merry Christmas...Happy Holidays...and all the best in the New Year

Karn and Tudi are parents of a son, Cooper Karn Wilson, born on 4th March 1993.

After getting recognition as an actor and game host, Richard has received huge name and fame in the industry. He has an estimated net worth of $8 million.

Richard Karn is married to Tudi Roche, an American singer turned actor. She is famous for her recurring role in the American sitcom, Home Improvement as Jill Taylor's sister Carrie.

Born on 4th March 1993, Tudi Roche is one and only son of Richard Karn and Cooper Wilson.