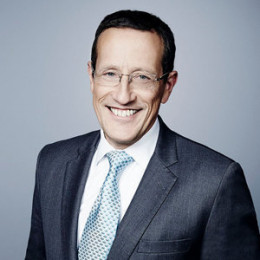 Richard Quest is best known as an English journalist and CNN international anchor and reporter, based in New York City. He educated at the state comprehensive Roundhay School. As news director for campus radio station WRVU, Quest built the reporting staff from scratch. Quest has worked for the BBC from the United States as part of its then-fledgling BBC News 24 channel. The Vanishing of Flight MH370: The True Story of the Hunt for the Missing Malaysian Plane is his popular book.

Richard Quest has kept his personal life secret. He has also an occasional presenter on the BBC's early-morning Business Breakfast program. Quest described his past experience as a closeted gay man on his CNN television program named Quest Means Business. He is also an Aviation Correspondent for CNN. Quest has announced as the host of the ABC game show named 500 Questions.