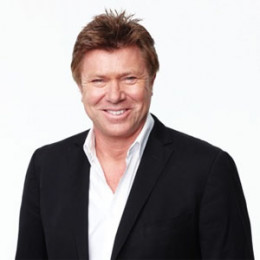 Richard Stephen Wilkins is a New Zealand-born Australian television presenter, who is currently working in Entertainment Editor for the Nine Network and Today. He graduated from Teachers College, studying English and Music.

Richard became an aspiring pop singer and had little chart success. In 1980, he moved to Australia with his band "Wilde and Reckless" and released some singles and six track EP. He then left music arena and started working as a Promotions and Marketing Manager for Sydney stations 2Day FM and 2UM, which is now known as KIIS 106.5 and later moved to television.

Wilkins was the original host of Australian series of MTV when it was broadcast on Nine, hosted a game show called Keynotes in 1992. He has been honored with many honorable awards such as Matt and Alex’s Crumb Of The Year, and in 2014, he was listed in Queen’s Birthday Honours List.

Richard has gone through 3 marriages with two divorced and has five children altogether. He has a daughter named Estella Sophia Dinnnigan from his partner Collete, whom he had never married. He had a son named Adam from his wife Lynette. His first child was born when he was 18 and his wife Lynette was 16. Rebecca, Nick, Christian, and Estella are his other children, born through wedlock.

Richard is rumored with several of his girlfriends and has several wives. He is rumored to be in relation with Michelle Burke, Tottie Goldsmith, Rebecca Naso, Collette Dinnigan, Brooke Shields.