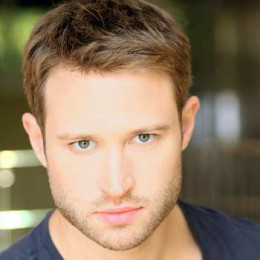 Richard Winsor is an actor of British nationality, known best for being the lead role of Dr. Caleb Knight in the television series Casualty. He is a dancer as well as an actor by profession and has also appeared in other films like StreetDance 3D, Swan Lake etc. Elle magazine has named this dancer to be the sexiest one in the world and he is 34 years old.

Richard has a successful acting career but does not like to reveal the information in regards to his personal life. He is a secretive personality and has not revealed information about his dating life. He has had no girlfriends and has also never been married. He has not fathered any children yet and has also not been surrounded by rumors of being gay or bi-sexual.