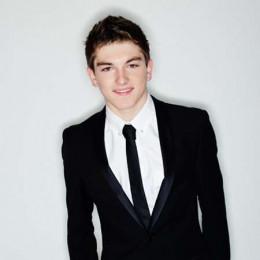 He is an English actor, singer and television presenter, well known for his role in Tracy Beaker Returns, as Liam O'Donovan and as Mason Kemble in "Hold Me Tight". He currently appears in the CBBC series Dani's Castle. In 2008, he made his television debut from the Police Drama "The Bill" as a guest star. He received 2010 children's BAFTA nomination for Best Actor.

Talking about his sexuality, he definitely is not a gay, as he has attraction towards ladies rather than boys. He is yet unmarried as he is enjoying his single life to the fullest. Being so popular, he has managed to keep his personal matters away from the media. Till now there is no record of his relationship history. Few years back he was rumored of dating Dani Harmer and Amy-Leigh Hickman.