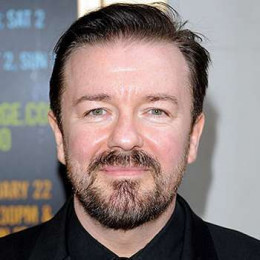 Ricky Dene Gervais is an English producer, director, actor, comedian, singer and manager. He is the son of Lawrence Raymond and Eva Sophia. He had attended University College London. He has done many films like Muppets Most Wanted, Life on the road and Stardust etc and also won several awards including British Academy Television Awards, Golden Globe Awards and TCA Award etc.