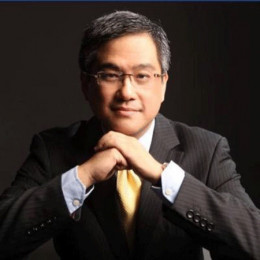 This enthusiastic charming man is broadcast journalist for BBC World News, where he anchors Asia Business Report and Newsday. He was awarded with the La Sallian Achievement Award for Global Journalism, in the year 2009. From De La Salle University, he graduated in Communication Arts and Business and from the University of Northeastern Philippines, he received doctorate degree in Humanities, Honoris Causa.

His personal life is sweet and simple. He is a married man, till now he is married only once and with his wife he has a great chemistry and bonding. There is no record of his kids till date. He has stayed loyal towards his wife as there is no record of his extra affairs and other such relevant activities.Yet he hasn't been a part of any controversial issues. To know him better we can follow him on Twitter @RicoHizon.

She is the only wife of Hizon, whose personal details are unknown. Details about their marriage has not been disclosed to the media till now.