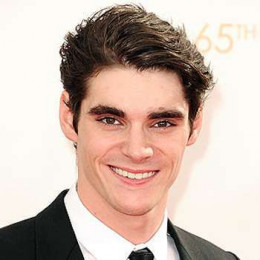 Roy Frank Mitte III, commonly known as "RJ Mitte", is an actor, producer and model. He came to prominence after playing the role of Walter "Flynn" White Jr. on the AMC series Breaking Bad, for which he won the SAG-AFTRA Harold Russell Award at 2013 Media Access Awards. He was named as the spokesman for actors with disabilities by Screen Actors Guild. He was raised by Roy Frank Mitte Jr. and Dyna Mitte.

Moving on to his personal life, he is yet a bachelor but he might have some plans of marrying someone special and living the rest of his life with happiness and joy. He isn't that frank in terms of his relationship status, as he is very reluctant in this matter. As a matter of fact he is much more focused on having a stable career on the Hollywood industry first rather than staying in a relationship.