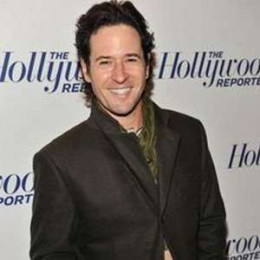 An actor and director, Rob Morrow is best known for his portrayal of Dr. Joel Fleischman on Northern Exposure, from this role he has won three Golden Globe as well as two Emmy nominations in a category of Best Actor in a Dramatic Series. He is the son of Diane Francis, a dental hygienist and Murray Morrow, an industrial lighting manufacturer. Rob has also played in a role of 'Kevin Hunter' on the Showtime television series named 'Street Time' and also appeared in the television film 'Custody' in 2002.

Rob Morrow married Debbon Ayer, an actress since October 1998. The couple has a daughter named Tu was born on 2001. Morrow has signed on to star in Jerry Bruckheimer's new series, The Whole Truth, on ABC on 8th March 2010. He has also played in the lead role of Joel Fleischman in the award-winning television show entitled 'Northern Exposure' from 1990 to 1995. Morrow filmed 13 episodes. Morrow starred in Atlas Shrugged: Part III as Henry Rearden on September 12, 2014.

Debbon Ayer is the name of his wife,she is an actress ,this couple got married in October 1998.

they have a daughter ,her named is Tu. She was born on 2001.She is beautiful and love by her parents.