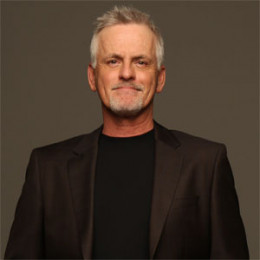 American voice actor and singer, Rob Paulsen began his voice-over career in 1983 with the mini-series "G.I. Joe: A Real American Hero". He is the off-camera voice of the syndicated television series entitled 'Funniest Pets & People'. Paulsen was nominated for an Annie Award for his role of 'Pinky' for 4 consecutive years (1996, 1997, 1998, and 1999) and won three times.

Rob Paulsen was previously married to Carol Anne Schnarr on 23rd June 1979 and divorced in 1982. He then married Parrish Todd in 1983. The couple has a son named Ashton "Ash" Paulsen, born on 10th September 1984, a gaming journalist on GameXplain. Rob became the new voice of "Prince Eric" of Disney's 'The Little Mermaid II: Return to the Sea' since Christopher Daniel Barnes failed to reprise the role in 2000.

Rob Paulsen was previously married to Carol Anne Schnarr on 23rd June 1979. They ended their relationship after being together for three years in 1982.

In 1983, Rob Paulsen married his longtime girlfriend, Parrish Todd with whom he had one child, a son.