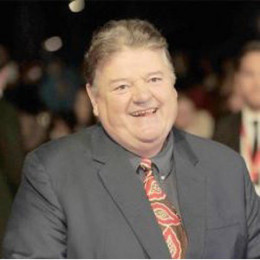 A Scottish actor, comedian and author, Robbie Coltrane is currently married to Rhona Gemmell on 11th December 1999. He is popular from Harry Potter in the character of Rubeus Hagrid. Robbie is a son of Ian Baxter McMillan, a general practitioner and Jean Ross a teacher and pianist .He graduated from the Glasgow School of Art. Flash Gordon is his first movie he has a role of a Man at airfield.

Robbie Coltrane is a married person. The couple has two children. Alice McMillan is a name of his daughter she was born in1998. Spencer McMillan is a name of his son, he was born in 1992. Robbie has won the O.B.E. (Officer of the Order of the British Empire) in 2006 in a category of New Year's Honours List for his services to drama. Robbie is the first person to be cast in Harry Potter and the Sorcerer's Stone .

Robbie Coltrane is currently married to Rhona Gemmell on 11th December 1999.The couple has two children together.

Alice McMillan is a name of his daughter she was born in1998.