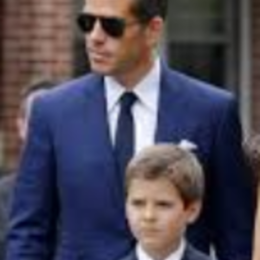 Robert Hunter Biden II is yet another kid who is famous for taking birth in a celebrity family. He gained popularity for being the son of an American politician, attorney, and officer, late. Beau Biden and grandson of 2020 Democratic Presidential Candidate Joe Biden.

Robert Biden II was born as Robert Hunter Biden II in 2006 to American politician Beau Biden and his wife Hallie Olivere. American by nationality, Robert is the couple's second child. He has one sister, Natalie who is 16 years old. 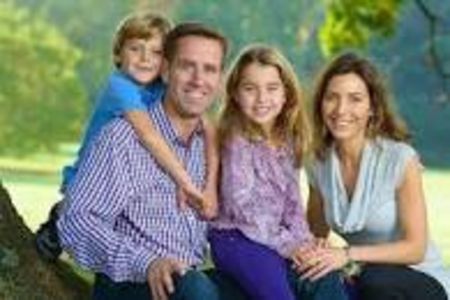 Biden II's parents has managed to keep him and his sister away from media.  Hallie, widow of Beau Biden neither share any pictures of her kids on social media nor she discusses them openly. Robert is occasionally seen attending events with his grandparents because he is still very young.

Robert's father late Beau Biden married Hallie Olivere in 2002 in a lavish wedding ceremony attended by a number of elite politicians. Beau and Hallie were blessed with two beautiful children. The couple welcomed their new bundle of joy, daughter Natalie Biden in 2004.

Hallie lost her husband Beau Biden on 13 May 2015 due to brain cancer. He was survived by wife Hallie and two children. Beau's funeral was held at St. Anthony of Padua Roman Catholic Church in Wilmington Delaware on June 6, 2015.

Followed by the death of Beau Biden, Hallie was involved in a romantic relationship with her brother in law, an American lawyer Hunter Biden. They started dating in 2016 and ended the affair by 2017 or early 2018.

Robert has four half-siblings/ cousins from Hunter's marriage to Kathleen Buhle 1993. Hunter divorced Kathleen in 2015. He is close to Naomi Biden, Finnegan Biden, and Maisy Biden. Hunter-Melissa's newborn baby and has been supporting his grandpa's campaign.

Robert Hunter Biden II is enjoying a luxurious life with his mother Hallie and celebrated grandparents, Joe Biden and Jill Biden who are worth a whopping $9 million as of 2020.

Biden's grandfather makes millions from presidential campaigns, serving alongside Barack Obama. He had been a senator from Delaware from 1973 to 2009. Joe became the Democratic nominee for the US Presidential election, running against Donald Trump.

Bidens earned more than $15 million as a result of a multi-book deal with Flatiron publishers. At present, Robert Biden II lives in a lavish house in Wilmington, Delaware, the United States with his mother Hallie who is an educator by profession.

Keep coming back to Marriedwiki.com for more celebrity biographies.