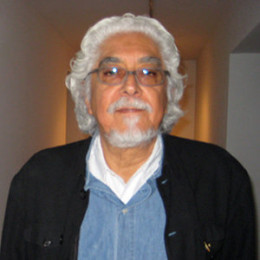 Robert Graham was a Mexico born America based sculptor. He was born in Mexico City to his father Roberto Pena and mother Adelina Graham. His father died when he was six years old and his family moved to San Jose, California. His life drove formally towards arts when he began his formal art training at San Jose State University. Later, he continued his studies at the San Francisco Art Institute in California from where he graduated in 1964. He began his career by taking part in various art exhibitions in art galleries and museums. He is well known for his wax sculptures and nude female sculptures.

Robert married his first wife Joey Graham in 1959 and had a child with her. Steven was his son who was born in 1963. Long after his first marriage had ended, he met actress Anjelica Huston in 1990. Later, he married her in 1992. He didn't have any children with her. Graham built them a fortress to live in which was behind a high fence and lacked windows.

Robert Graham married Joey Graham in 1959. He had one child, a son with her. Later they got separated.

Robert married actress Anjelica Huston after long time of separation with his first wife. They had no children. They were married for 16 years when Robert died in 2008.

Steven Graham is now running Robert Graham Studios which is helping to foster the works related to art and sculpture.