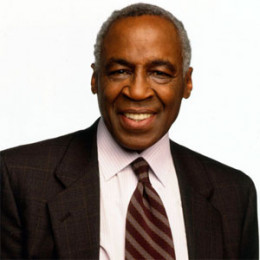 Robert Guillaume was an American Emmy Award-winning actor, voice actor as well as Broadway Musical star, known for his character as Isaac Jaffe on Sports Night & Benson on the television series "Soap". He also lends his voice for the mandrill Rafiki in "The Lion King". He contributed his more than 50 years of life to the English film industry. Robert took his last breath on October 24, 2017, at his home in Los Angeles, at the age of 89.

After being abandoned by her mother, Guillaume and her siblings were raised by their grandmother Jeannette Williams. He studied at the St. Louis University & Washington University and served in the United States Army before pursuing an acting career. He adopted the surname "Guillaume," French for William, as his stage name.

Robert Guillaume spent more than fifty years in film industries. He started out in the theater before transitioning to television & movies. His early performance with the Karamu Theater includes musical comedies and opera.

In the year 1959, Guillaume toured Europe as a cast member of the broadway revenue called Free and Easy. He made his Broadway debut in a 1961 production of Kwamina.

In 1985, Guillaume appeared in the TV mini-series North and South as abolitionist leader Fredrick Douglass, who escaped from slavery and became a leader of the anti-slavery movement before the American Civil War.

Robert Guillaume was married twice in his life. He first tied the knot with Marlene Williams in 1955. They together had two sons, Kevin and Jacques. Despite Guillaume choosing to follow his career early in the marriage, they did not divorce until 1984.

After the split with his first wife, he married Donna Brown in 1986; the pair had a daughter, Rachel. Guillaume fathered but did not raise two other daughters by different mothers: Patricia, born in 1950, and Melissa in 1980. He also had a son named Jacques who died on December 23, 1990, at the age of 33 due to complications of AIDS.

In the year 1999, Guillaume suffered a stroke while working on the Sports Night at Walt Disney Studios in Burbank, California. It was a minor one and causing a slight effect on his speech. After six weeks in the hospital, he underwent a therapy of walks and sessions in the gym.

Guillaume died of prostate cancer on 24th October 2017, at his home in Los Angeles, California, at the age of 89.

Robert Guillaume had a net worth of $5 million, according to some online sources, but no official confirmation has come from it.

Marlene Williams is mostly recognized as the first wife of Robert Guillaume. She has two sons with him.

Donna Brown Guillaume was with Guillaume until his last breath. The duo was together for 31 years.

Patricia is the first child of Robert Guillaume. The information about her mother is still a mystery.

Melissa is the second child of Robert Guillaume. The information about her mother is still a mystery.

Rachel is the first child of Donna Brown and Robert Guillaume. She is assumed to be a very talented and smart.

Jacques Guillaume died on December 23, 1990, at the age of 33 due to complications of AIDS.