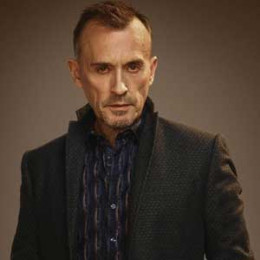 Robert Knepper is anAmerican actor recognized for his character Theodore "T-Bag" Bagwell in the FOX drama series Prison Break. He even won a nomination for a Satellite Award for his acting in the show. Knepper also appeared in bulk of famous movies such as Hitman, Jack Reacher: Never Go Back, Good Night & Good Luck, and Transporter 3. Currently, he resides in Los Angeles, California.

Robert Lyle Knepper now known as Robert Knepper was born on July 8, 1959, in Fremont, Ohio, United States. Robert was raised in Maumee, Ohio, near Toledo, by his father, Donald Knepper, and mother Pat Deck, who were veterinarians. He holds American nationality and belongs to the white ethnicity.

Knepper spent many years of his childhood in community theater and high school productions. In 1977, he graduated from Maumee High School and attended Northwestern University to study drama.

During his high school days, Knepper also obtained professional roles in plays in Chicago. Before completion of his degree, Knepper dropped out from Northwestern University to continue his work in theater in New York City.

Robert Knepper began his acting career in 1978 from the movie The Paper Chase and That's Life! with minor roles. Knepper later appeared as a significant character in films such as Wild Thing, Young Guns II, When the Bough Breaks and Everyone Say I Love You. He also played on well-known television series such as The Twilight Zone, Star Trek: The Next Generation, ER, and Law & Order.

Robert came to limelight for the brilliant acting skills in portraying the of  Theodore "T-Bag" Bagwell in television drama series Prison Break, aired on Fox Television (from 2005-2009). The series received positive reviews upon release, and "T-Bag" was considered one of the greatest television villains of all time.

Knepper was cast as Samuel Sullivan in the final season of Heroes which was considered one of the best work of his career.  His other work includes R.I.P.D, The Blacklist, and Percy Jackson: Sea of Monsters and so on.

Robert Knepper has been married twice. He first married his longtime girlfriend, Tory Herald in 2005. Together the pair have a son named Benjamin Knepper. Robert and Tori Herald divorced after five years of being together.

After few years of his divorce, Robert married for the second time with wife Nadine Kary in 2013. They have been together for almost four years now and are living a happy life. The couple has no children till date.

As of 2017, Robert's estimated current net worth is to be around $2 million dollars. Major of his income comes from his successful acting career. He has featured in many hit movies and series.

Famous actor Robert Knepper married his girlfriend Tory Herald in the year 2005 and they parted ways in 2009.

Robert Knepper married to his second wife Nadine Kary in 2013 and currently living happily with each other in Los Angeles.

Immensely talented actor Robert Knepper married his girlfriend Tory Herald and together they had a son named Benjamin Peter Knepper.