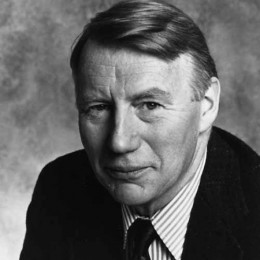 A Canadian American novelist, and former television news anchor who is best known for co-creating The MacNeil/Lehrer Report on PBS. He is son to Margaret Virginia and Robert A. S. MacNeil. In 1955 he graduated from Carleton University in Ottawa. He started his career in broadcasting in the news field at ITV in London. He also worked as NBC News as a correspondent in Washington, D.C. In 1963 he covered President John F. Kennedy's fateful visit to Dallas. He was awarded with PBS coverage which was for Senate's Watergate hearings.

Exploring about his personal details, he is married man. He was married three times. He had two children from his first marriage. After eight years of their marriage couple decided to get divorced. After a year of divorce he married his another girlfriend. His second wife gave birth to two children. After 18 years of their relationship their love faded out for each other and they got divorce. After a year of divorce he fall for his another girlfriend and married her.

She is his first wife. Together they were parents of two children. Their relationship lasted for 8 years.

She is second wife. After 18 years of their relationship they got divorce for an unknown reason.

After year of his breakup he proposed her and the couple got tied in marital knot. She is a very supportive house wife.

She is the eldest daughter form his first marriage.

He is his second child and form his first marriage. He has a very sharp mind.

She is the third child and is from his second marriage. She is very gorgeous.

He is the youngest one in the family and is very loved one.