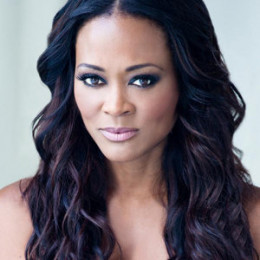 One of the famous television and film actress Robin Givens began her acting career after graduating from Sarah Lawrence College in 1984. In 1986, she won the role of Darlene Merriman in the ABC sitcom Head of the Class and remained there for entire five years. She was born to Ruth Roper and Reuben Givens who divorced when she was two. In 2007, Givens published a memoir entitled Grace Will Lead Me Home.

Givens married boxer Mike Tyson who was then estimated to have US$50 million, and he and Givens did not make a prenuptial agreement. After a miscarriage, the marriage began to fall apart. Givens alleged spousal abuse, while Tyson alleged alienation and interest in his money, not in him. The marriage ended on Valentine's Day, just a year later. Newspapers reported that Givens received a divorce settlement of over $10 million from her marriage to Tyson. She received negative press following her split from Tyson, particularly within the African American community. One article, in particular, described her as "the most hated woman in America".

Givens married boxer Mike Tyson on February 7, 1988. The couple divorced in May 1988. People believe that Givens was in love with his money not with him.

In 1997, she married her tennis instructor, Svetozar Marinkovic. Givens filed for divorce a month later. Still it is unknown why she ended this relationship within a month.

In 1999, she had a second son, William, with ex-boyfriend, Murphy Jensen.