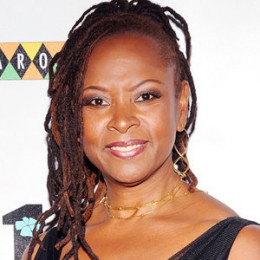 Robin Ophelia Quivers is an American radio personalty, author, and actress, best known for being the long-running news anchor and co-hist of the Howard Stern Show. She made her feature film in Howard Stern’s autobiographic comedy, Private parts (1997). Robin was born to Louise Quivers, a house maker and housekeeper and Charles Quivers, Sr., a steelworker at Bethlehem Steel. Quivers graduated from the University of Maryland with a major in nursing. Knowing that she could use her degree, quivers joined the United States Air Force where she was appointed as a second lieutenant and has acquired the rank of captain. Robin was a victim of sexual abuse throughout her childhood as she mentioned in her autobiography Quivers: A Life.

From the mid 1990s until April 2007, her long time boyfriend Tony was a man mysteriously referred to on the radio shows as Mr. X. On April 2007, Quivers called in to the Bubba the Love Sponge Show on Howard 101, announcing their separation. She has been in 13 relationship that is known to the date. Her last known relationship was with Bardon Murphy in 2009. There is no news about her current relationship or if she is dating or not. Her personal life including her marriage and children are unknown in media. There is no news about if she is married or divorced.