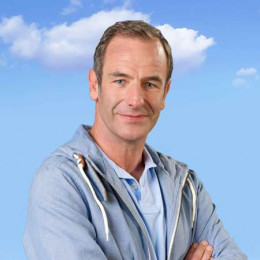 Robson Golightly Green is a British actor, singer and television presenter. As an actor, he is known for portraying Fusilier Dave Tucker in Soldier Soldier and Dr. Tony Hill in Wire in the Blood. By 1988, he began his screen career, featuring in the award-winning series Shields Stories, by Amber Films. He is the recipient of Smash Hits Poll Winner's Party award for Favourite TV Actor in the year 1995.

Robson Green was married twice. He first married Alsion Ogilvie in 1991 but due to some personal reason, the duo divorced in 1999.

Robson Green holds an estimated net worth of $6 million.

Robson Green was born on 18 December 1964 in Hexham, Northumberland, England.

She is the first wife of Green, who is a occupational therapist. The two stayed as husband and wife for almost 8 years.

She is the second wife of Green, who is a former Page 3 model. They first met while recording "Unchained Melody" at BMG Records in 1995.

He is the only son of Green, who was born fit and fine.