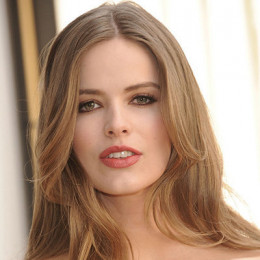 She is an Australian model best known as the cover model of various popular magazines. She is the daughter of Janne and Chris Lawley. She attended Macarthur Girls High School. She was the winner of the Australian Cosmopolitan Fun, Fearless Female, Rising Star Award 2011. During the Full Figured Fashion Week, she was awarded with the title of Model of the year in June 2013. She is noted for being the first plus size model to appear in a campaign for Ralph Lauren.

She is a tall, stunning and super sexy lady with confidence inside and is passionate towards her bright future. Besides photography and modeling, she loves cooking and writing articles. She has her own food blog and written two articles based on body image for The Daily Beast. Talking to her personal life she is in a relationship with her boyfriend with whom she has given birth to a baby girl. Her relationship with her boyfriend has been running for a long time but yet they haven't got married.

Robyn Lawley was born on 13 June 1989 in Girraween, New South Wales to the family of Chris Lawley and Janne Lawley. Her birth sign is Gemini.

She has two elder sisters namely Shona and Jennifer. She studied at Macarthur Girls High School. She was interested in modeling since her childhood days.

At 15, she went to see a mainstream agency. Though the agency was ready to sign her, she took some years off and joined Bella model management; a plus size modeling agency in Australia at 18. She stands at a height of 6.20 feet (1.89m).

Lawley performed for her first magazine shoot in 2006 for Dolly. She also modeled for the cover of French Elle, Cosmopolitan, and Marie Claire.

She was featured on the cover of  Vogue Italia with plus-sized models Candice Huffine and Tara Lynn in June 2011. She worked for plus-size brands like Lane Bryant, Marina Rinaldi, and Evans. She also modeled for the debut of H & M's inclusive line and Mango's plus-size line. 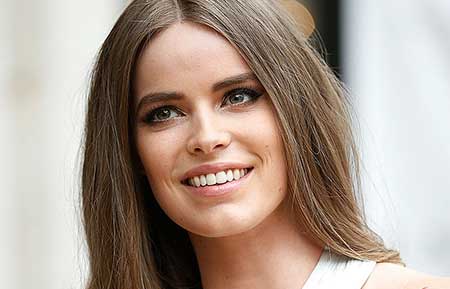 She was photographed for a fine art exhibition, Size Does Matter in 2013. She also performed nude photography with animals like rabbit, octopus, owl, and tarantulas.

Apart from modeling, she launched her swimwear line in collaboration with Bond-Eye Swimwear in August 2013. She also has a keen interest in cooking. With the success of her food blog, she received a contract with Random House to publish a cookbook publishing family recipes and original recipes.

She has written two articles for The Daily Beast; one published in 2012 addressing the media's response to Lady Gaga's weight gain and the other in 2013 on the thigh gap trend. She wrote another article in 2014 for Mail Online.

She became the winner of the Australian Cosmopolitan Fun, Fearless Female, Rising Star Award in 2011. It was the same year she grabbed Sydney Magazine's Top 100 Most Influential People of the year award.

In 2013, she received the Model of the Year during the Full Figured Fashion Week.

She became a Sports Illustrated 'Rookie' in 2015. She became the first 'plus-size' model being featured in the magazine's annual Swimsuit Issue.

Lawley has a net worth close to six figures. The average salary for a swimsuit model in Australia is more or less $100,000 a year and Lawney definitely has an attractive salary though she's yet to reveal details about it.

She purchased her dream house in upstate New York in November 2017.

Lawley, 29, is living together with her boyfriend-lawyer Everest Schmidt. He is currently working with the Paul Law Group. Previously, he was a Lafayette College basketball player.

The couple has been together for seven years now. Despite being in a long-term relationship with her partner, she confessed that she'll never get married in future. She strongly believes that partnership and dedication towards each other is the main foundation of a healthy relationship. 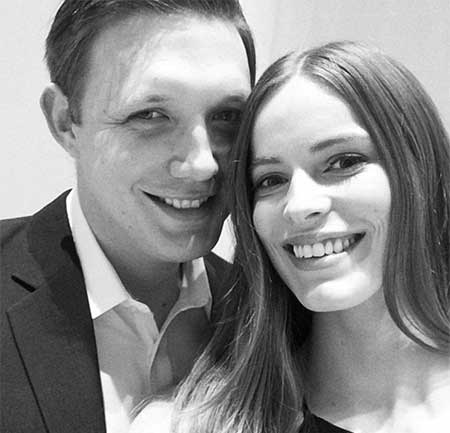 Lawley and Schmidt first met at a bar in New York in 2011 and became inseparable ever since.

They became parents of a daughter, Ripley Lawley Schmidt on 26 February 2015. She frequently talks about her motherhood during interviews. Further, she admitted that she won't be having any more children as she was diagnosed with a rare autoimmune disease following Ripley's birth.

to all the Mumma’s out there, and to all the beautiful sons and daughters ??#happymothersday2018

She was diagnosed with antiphospholipid antibody syndrome with SLE lupus. It is a rare condition where the immune system attacks body's healthy cells.

During that time she faced problems with her vision, her ability to walk and talk. She couldn't breastfeed her newborn.

She was born safe sound and healthy. She was recently pictured with her beautiful mother which was posted on her own Instagram account.