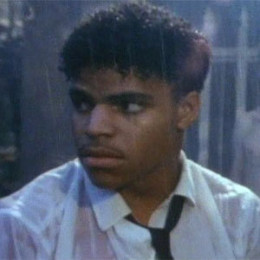 American singer, songwriter, and recording artist signed to the Motown label, Rockwell is the son of Berry Gordy, Motown founder and CEO and Margaret Norton. In 1984, Rockwell released his biggest hit song entitled "Somebody's Watching Me", featuring childhood friend late Michael Jackson on guest vocals (notably in the chorus lyrics), and Jermaine Jackson singing back-up. The song is a Gold-certified million selling #2 smash hit in both the US and the UK.

Rockwell previously married Nicole Moore in July 2010 and divorced in 2013. Rockwell is not the first member of the Gordy family to hit Billboard's Hot 100 as a recording artist. Rockwell's uncle named Robert Gordy has reached the longer reaches of the chart in 1958 with "Everyone Was There," recording under the name Bob Kayli.

Rockwell has previously married Nicole Moore in July 2010 and divorced in 2013.The couple was together for three years.