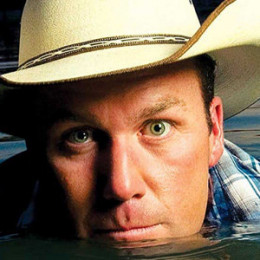 Rodney Carrington is an American stand-up comedian, actor, and country music artist. He debuted in acting in 2004 and has appeared in the sitcom, Rodney. He is best known for his role in the 2008 film, Beer for My Horses.

Carrington was born on October 19, 1968, in Longview, Texas, U.S. He is an American and belongs to the White ethnicity. He worked as a comedian in local places and gained exposure through radio programs like The Bob and Tom Show.

Carrington started his career in 1998. He released his first album called Hangin’ with Rodney via Mercury Records Nashville. The album consisted both standup comedy and original songs. He has released six major-label studio albums and a greatest-hits package, on Mercury Records and Capitol Records.

Carrington earned a huge amount of money from his work. He has the net worth of $6 million. He has successfully maintained such as incredible net worth from his standup comedy and musical career. His album, Morning Wood sneaked at Top 20 albums. He has released six studio albums in his career. Two of them were greatest hits.

Rodney married to Terri Carrington in 1993 but the couple did not continue their marriage relationship and they divorced in 2012. The former couple has been blessed with three sons

George Carrington has tow brothers. his brother Sam is an actor. His parents already divorced.

Sam Carrington is also an actor . He is well known for his movie “Beer for My Horses”. He has two brothers.