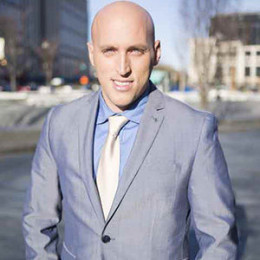 Roee Ruttenberg, born in Israel, is a journalist based in Washington who is currently working for CCTV America. As Roee is originally from Israel, he is more concerned with the reporting of Middle East issues. He is known to have interviewed Palestinian president. Ruttenberg used to work in Beijing previously and was also involved with Tel Aviv. He has covered the major issues of the world.

Roee Ruttenberg is known to be a journalist who travels a lot along during the work. He has traveled to six of the continents and nearly 80 countries already. Ruttenberg has reported the most important events globally including G20 summit, the WEF, and APEC. He has also reported about the Syrian crisis and interviewed Syrian refugees. Ruttenberg has covered some of the biggest news including the withdrawal of US troops from Afganistan, and tensions on Korean peninsula. There in not much information about him regarding his family and relationships.