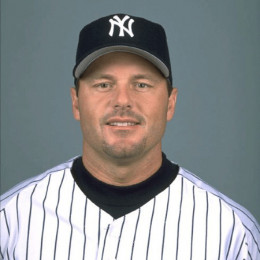 William Roger Clemens is a retired baseball pitcher who played 24 seasons in Major League Baseball for four teams. His nickname is "Rocket". He is the winner of The Sporting News Pitcher of the Year Award(5 times), was named 11 times All-Star, won the 1986 All-Star MVP, record 7 Cy Young awards and 6 in the American League. In 2014, he was inducted into the Boston Red Sox Hall of Fame. He was born to Bill and Bess Clemens.

Accounting his personal life, till now he has been married only once and is enjoying his marital relation with Debra Godfrey since 1984. With his wife, he has raised four sons. He dated two beautiful ladies despite being married.

In past days, he was often rumored of being a gay. Throughout his career, he has faced lots of controversies such as using steroids for good performance.

William Roger Clemens was born on 4 August 1962 in Dayton, Ohio. He is the fifth child of Bill and Bess (Lee) Clemens. He belongs to German descent.

She is the first and current wife of Clemens. The couple is blessed with four sons from their marriage.

He is the first son of Clemens, who was born safe and sound.

He is the second son of Clemens, who was born healthy.

He is the third child of Clemens, whose current status is unknown.

He is the fourth son of Clemens, who was born fine. His current status is unknown.