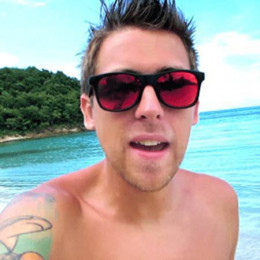 He is a prankster and comedian widely known for his public prank videos on YouTube. By the record of 2015, he has been able to attract more than 6,376,000 subscribers and has over 941 million views on his main YouTube channel. He has been filming and producing videos since high school. He is the owner of The Smile More Store, an online store which operates in his basement located in Ohio.

Talking about his personal life, he was once married to a lady with whom he has a son. Currently he is in a relationship with his beautiful girlfriend with whom he has appeared in several videos. Though they have been dating since a long time they haven't got married yet, but surely are looking forward to it in upcoming days. There are no any rumors about him and no any controversial topics found till date.

She was his first wife. She has given birth to a child from this marriage and due to some mis understandings, the happily married couple parted their ways ending up in divorce.

He is the first child born to Roman and his ex wife Shanna. His date of birth is unknown.

He is the youngest member in the house who was born safe and sound. He was once filmed on his father's prank.