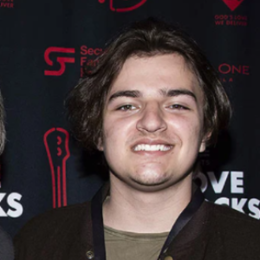 Romeo Jon Bongiovi is a celebrity kid who came to the limelight because of his father, Jon Bon Jovi. He is a singer-songwriter, actor and philanthropist best known as the frontman for the rock band Bon Jovi which was founded in 1983.

Romeo Jon Bongiovi is one of four children to Jon Bon Jovi and his wife, Dorothea Hurley. He has three siblings including Jake Bongiovi, Jesse Bongiovi, and Stephanie Bongiovi. Rome also frequently makes public appearances with his Family. 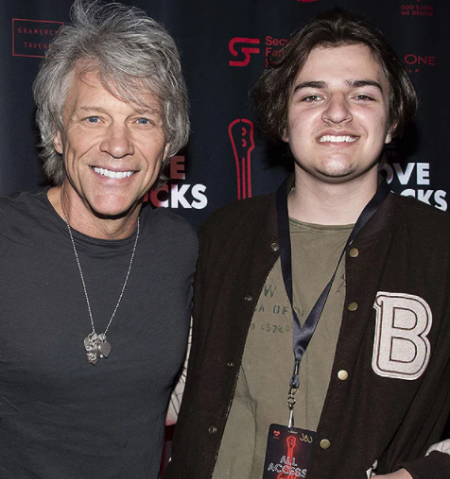 Further, Romeo's father has been blissfully married to his wife Dorothea Hurley since 1989. By profession, Romeo's mother is a restaurateur and karate instructor. Dorothea met Jon Bon Jovi when they were eighteen in college.

The Bongiovi kids have always been focusing on the family first rule and doing well by spending a lot of time together. Jake Bongiovi is a student at Syracuse University of New York. In 2020, he made headlines in June for his relationship with Milly Bobby Brown. 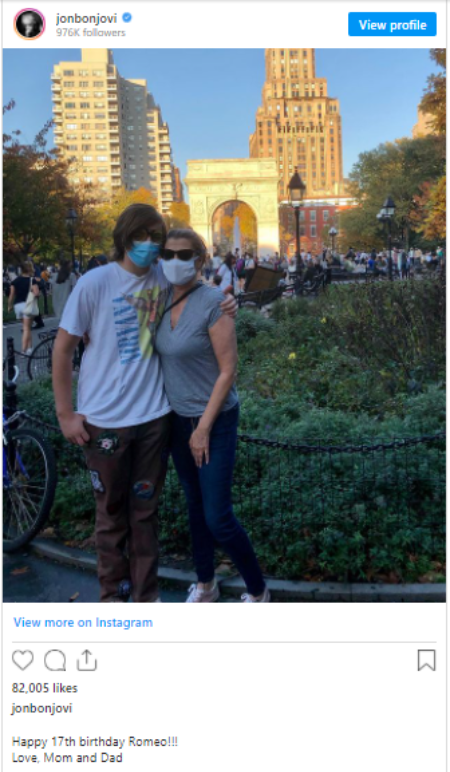 Stephanie Bongiovi is Dorothe and Jon Bon Jovi's one and only daughter. At age 28, she serves as a camera operator in television. She has worked on the TruTV and Comedy Central Series Impractical Jokers.

Jesse Bongiovi is one of Jon Bon Jovi and Dorothea's three boys. Jesse runs Hamptons Water Wine Co. and founded a band with his veteran dad in 2017. Jesse graduated from Notre Dame University.

How Much Is Romeo Jon Bongiovi Net Worth?

Romeo Jon Bongiovi is an aspiring musician as a teenager and currently studies at a high school in Manhattan. During an interview with People, Rome's parents expressed their excitement for their youngest child to graduate.

Romeo's father, Mr. Bon Jovi, aka John Francis Bongiovi, is a multimillionaire and summoned big wealth from his decade-long career as a singer-songwriter and actor.

Bon Jovi was widely popular as the frontman for the rock band Bon Jovi in 1983. The father to four is widely acclaimed for belting out Livin On a Prayer and starring in films including Young Guns II. Likewise, Mrs. Dorothea Hurley also made millions from her job as a restaurateur and an entrepreneur.