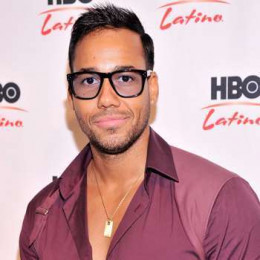 Anthony Santos, is better known by his stage name Romeo Santos and is a singer, songwriter, record producer, composer, and actor of American nationality. He has been known as the previously lead singer of the Bachata group named Aventura. His quick rise to fame and success as a group member as well as a solo artist has earned him the name The King of Bachata Music.

Romeo Santos has never been married. He has also publicly clarified his sexuality and has mentioned that he is not gay but is actually straight. However, the details about his previous relationships and girlfriends have not been made available to his fans. He however, has a son from his previous relationship with a girlfriend, the details about which are not known to his fans.

Alex Damian Santos is the name of Romeo's son with his previous hidden relationship.